Ainsworth was founded in 1995 by Len Ainsworth who had a vision of making it the biggest supplier and manufacturer of gaming solutions in the world. Today, the developer has made a name for itself for its ability to design and manufacture tried and proven solutions for gaming fanatics across the world.
NOTE: Since there are no new casinos available in United States with games, we recommend you to check out Rich Palms that does accept players in United States or one of the other new casino developers.
Top 5 New Casinos with Ainsworth Gaming slots
Go Wild. Enjoy the tornado with 3000+ slots & all payment methods you can imagine.

3500+ games
9.33 rating9.33
Read Wild Tornado Casino Review ››
Piggy Bang gives out cashback on every spins, regardless if you win or loose. Beat that!

1900+ games
9.33 rating9.33
Read Piggy Bang Review ››
Grab that extra Nitro when you need it the most. A brand new online casino with daily bonuses in your inbox.

4200+ games
9.17 rating9.17
Read SlotWolf Review ››
NOTE: We recommend you to check out Rich Palms that does accept players in United States or one of the other new casino developers instead. 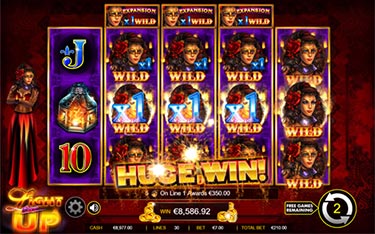 The developer is licensed by the Alderney Gambling Commission. So far, the company has been able to place its products in various major international gaming markets such as Latin America, Australia, North America, and beyond. Its most successful games are those that are in Class II, Historical Horse Racing, Class III, and Tribal Lottery jurisdictions.

Any person who has played games from this developer will note that they tend to have an air of familiarity. The company is still run by its founder and chairman of the board, Len, who has played an instrumental role in ensuring that the company becomes the 2nd biggest slot maker in the industry. He has influenced how the games feel, the playing card symbols, and its distinctive sounds. The following is a look at three of the latest creations from this manufacturer: Sweet Chilli: Electric Cash Released in January 2020, Sweet Chilli: Electric Cash features five reels, twenty-five pay lines, and has an RTP rate of 96.17%. Sweet Chilli: Electric Cash can be played on both mobile and desktop devices. The game has been designed to take its players to Mexico and is able to deliver a design and theme that has been heavily influenced by the country’s reliance on spicy foods and its culture. It comes with decent graphics and has incorporated many of the features that modern-day players seem to appreciate. Its RTP rate is also quite interesting. Twice the Diamonds Set to be released sometime this month (February 2020), Twice the Diamonds features five reels, thirty pay lines, and has an RTP rate of 96.51%. It’s also playable on mobile devices. This is a slot machine from this developer, and as its name suggests, the major theme revolves around gemstones and diamonds. From the get-go, there are a few things that you should note about this game. Some of its major advantages include its features and its high RTP rate. As is the case with many other games, it does come with its own downsides as well. But the good thing is that they are not easily noticeable. Kanga Cash Extra This game was released in January 2020 and features five reels, ten pay lines, and an RTP rate of 96.13%. It is playable on both mobile and desktop devices. Kanga Cash Extra is a slot machine with an Australian theme, which makes it a logical choice for a developer in this industry, and whose roots can be traced back to Australia. The developer has employed a little heritage from the local tribes in the region. But for the most part, the game seems to have been dedicated to the wildlife present on the continent.

What Is Unique with Ainsworth?

The game technology applied by the developer has led to the design and production of innovative gaming machines such as the Ambassador and a host of other similar games. These are games that provide players with many attractions such as highly animated graphics and the ability to play them on large screens. The venue and the features included by the developer in its games have become a major differentiating factor from machines produced by other developers. Is This Developer Available On Many New Online Casinos? Being the second biggest slot maker in the gaming industry means that its games are well-received by multiple new casino operators around the world. Some of the casinos that have games from this developer include: • Cleopatra Casino • Live Casino • Slotum Casino

What Is the Highest Payout from Ainsworth?

Released in December 2019, Mr. Driller from Ainsworth has an RTP rate of 96.80%. The game features five reels, fifty pay lines, and is playable on both mobile and desktop devices. The branded title is based on an arcade game that was started in the late 1990s, and whose titles are still being released. Prior to this release, the other latest title in this series was released in 2015. Its design draws inspiration from the Anime genre, but is at the same time a bit complex, due to the use of a long list of features. FAQ

Can I play Ainsworth games in the UK?

Which Ainsworth Slots Have Highest RTP?

Are There Any Ainsworth Slots That New Casinos Online Recommend?

Being a slot maker, Ainsworth has many slot titles that are all worth your time and money. However, some of the most popular titles include Winning Wolf, 50 Dolphins, and Sheer Magic. Many of its slots have a broad similarity and feature a single free spins bonus round and a solid-in reel play.
Upcoming casino
Below you can see a sneak preview of the next new casino to be launched in the nearest future. 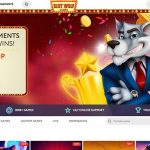