New Casinos Online is the second venture in the same line of business for Markus and Marcus. The first project they were involved in were related to New Casinos Online in the UK, Sweden and Norway. The business was the “most appreciated among visitors and players in this industry” and was later sold to one of the biggest stock listed companies in this sector.

Since the founders know the industry better than any other, enjoys working close to industry experts, have a history of innovation with the players in focus and are able to be first with the new – they decided to start again, doing it even better than before. Markus and Marcus are starting from scratch, with the goal to again be the go to site for new casinos online within short and with the aim to cover all new casinos that are coming out on the market, regardless which country or region they are focusing on – always with focus on quality when reviewing the casinos.

Because we noticed a lot of new casinos online never featured on other sites, we found it to be time to get into it again. Let’s make the best site for users looking for the newest brands and don’t want to sit back and wait 2-3 days. Here, we are about to come out with a review 2 hours after a new brand goes live. Not more than that! Obviously, we work to improve it over time but that is at least our goal. Learn more about the founders below.. 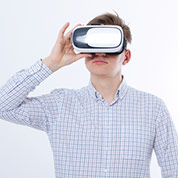 Marcus (founder) got disappointed that many new casinos was never shown online and more or less impossible to find. He thought it was about time to launch NewCasinosOnline.com – not the least to fill a void in the current market. Marcus started his online gaming career almost 19 years ago with his own websites, before being project manager at Ongame (later Bwin) in Stockholm. He later got recruited by PokerStars in 2006 and relocated to the Isle of Man and worked for the Stars Group until 2016 being part of the journey when they grew to be the largest gaming company in the world and later bought by Amaya. His extensive experience from the poker and casino market consists of both in-depth knowledge from the operator and affiliate side. On a daily basis, Marcus handle deals with partners, development, business strategies and improve the website to make it more user friendly and enjoyable for visitors. His quote is: “Always strive for the best“…. 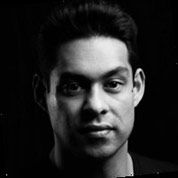 Markus (founder) accepted Marcus idea about starting a new and better site about new casinos online. There is, like always, a lot that can be done to improve how quickly sites are shown after being officially released. Markus speciality is to quickly test and later doing in-depth reviews of new brands being launched. He has been working with content and websites a few years before he graduated from Lund’s University in 2006. Already in 2010, Markus Jalmerot began his journey in the online gaming space with sites such as Poker.se. In 2014-15, he launched NyaCasino.nu and not long after, a Norwegian, and one UK-based site in the same niche was launched. Unfortunately, the Swedish site was shut down and merged into a global site after the take-over in 2017. Markus handle content strategies and since he used to be a photographer, he obviously also handle images which is of high importance for him.

When New Casinos Online expands, we will surely have more partners to add to this page. In case you are interested to work with NCO, please contact us here.

The vision is already clear:

Be first with the newest casino brands online! Make it relevant for all visitors, regardless of where you come from.